About this year’s bands: The Jonathan Stout Orchestra, featuring Hilary Alexander is the nation’s premier swing dance big band. Like an upsized version of the Campus Five, the Orchestra showcases the big band sound of the late 1930’s and early 1940’s and is the most danceable big band anywhere. The 15-piece Orchestra captures the unmatched excitement and true rhythmic pulse of the Swing-era. The band follows the templates of Benny Goodman and Count Basie – orchestras that are aggressive and tight, and filled with all-star soloists that bring the fire on every song, regardless of tempo. The Candy Jacket Jazz Band is a nod to the past while also pressing forward with fresh, original compositions.

Los Angeles based drummer – Josh Collazo – has been playing in traditional jazz and swing bands since he was 18 years old. Over the last 17 years of performing with various bands like Edward Sharpe & the Magnetic Zeros, Jonathan Stout & his Campus Five, the Carl Sonny Leyland Trio, and Dave Stuckey & the Hot House Gang – a chord struck inside him to begin composing new, original “classic” jazz and swing music.

He enlisted long-time musical companion, Albert Alva, to begin wading through the pile of songs that had been tucked away and to co-arrange the album. This album was created with the Lindy Hop & Balboa dance community in mind by making sure to keep the songs shorter in length like they were back in the 1930’s & 1940’s. 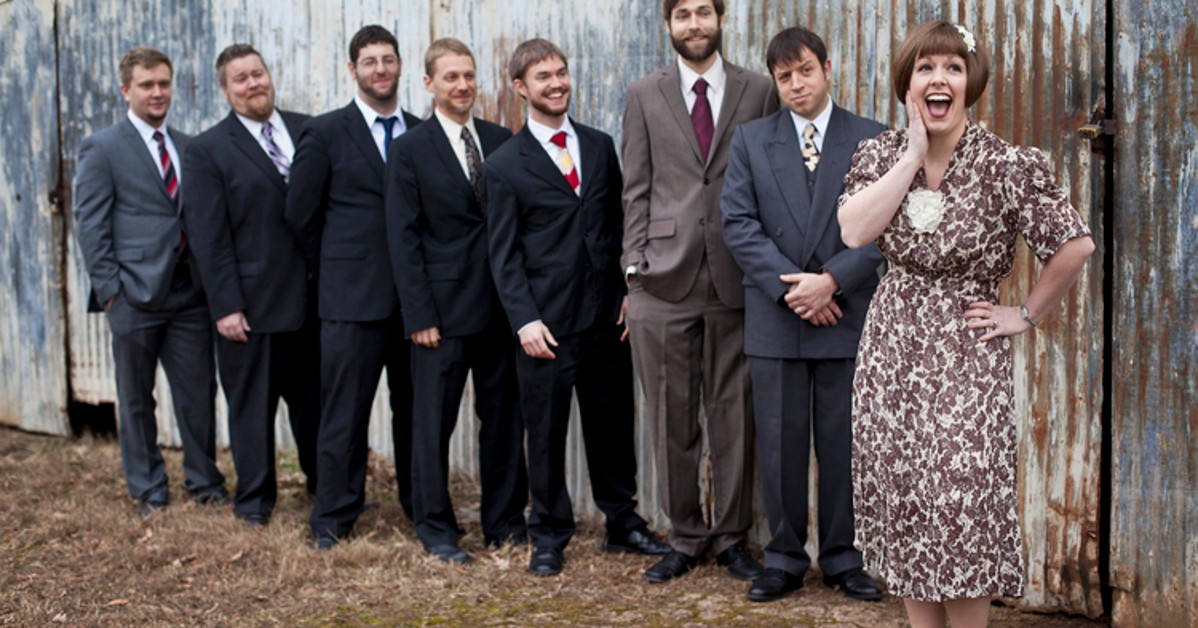 With their little big band lineup of 4 horns, rhythm section, and vocalist, the Mint Julep Jazz Band recreates the hot jazz sounds of the 1920′s, 1930′s, and early 1940’s through arrangements based on original recordings from the jazz age and swing era and original tunes inspired by that time period.  The Mint Julep Jazz Band is based out of Durham, North Carolina and is led by trombonist Lucian Cobb and vocalist/swing DJ Laura Windley, who have put their collective knowledge and love of swing music together to create an ideal dance band for swing dancers. Conceived in the fall of 2011, the Mint Julep Jazz Band formed to fulfill the musical needs of a thriving local swing dance community in the Triangle area of North Carolina, drawing its musicians from the educators and former students of North Carolina universities with vibrant jazz programs.

In 2012, after being “discovered” at a wedding, the band recorded an original song for Sesame Street, which aired on April 18, 2013 in an episode featuring Jon Hamm of Mad Men fame. In 2016, the band performed at Lincoln Center as part of their Midsummer Night Swing concert series. The Mint Julep Jazz Band continues to tour and perform for swing dancers, traveling to Lindy Hop and Balboa events from Orlando to Austin to New York and beyond.

Michael Gamble and The Rhythm Serenaders Michael Gamble and the Rhythm Serenaders are a hard swinging and stylistically faithful ensemble created in the mold of the late 1930’s, early 1940’s dance band. Their sound is characterized by an aggressive four-on-the-floor time-feel, thick & riffy horn arrangements, and an eclectic songbook that touches on the sweet and sentimental as well as the hot and bothered. The Octet performs arrangements that were popularized not by the large orchestras or small combos, but the many medium-sized outfits that worked during the time such as those led by Fletcher Henderson, the Coleman Hawkins All Stars, various Duke Ellington and Lionel Hampton side groups, the Dickie Wells and Willie Bryant orchestras, and more. They dig up material that will be instantly familiar to vintage music aficionados and swing dancers even if it never made it to the Greatest Hits compilations of the day. Bandleader Michael Gamble’s 15+ years in the international swing scene inform every aspect of the band’s repertoire and taste.

The Grand Slam Sextet was created in response response to promoters’ desire for an additional “flavor” of the Campus Five. Thus, we created a new band featuring the unique and magical combination of Clarinet, and Vibraphone. Inspired by the sound and spirit of the Benny Goodman Sextet, along with Benny’s Trios and Quartets. Thus the Grand Slam Sextet features the iconic front line of Clarinet, Vibraphone and Electric Guitar, backed by the rock solid Campus Five rhythm section.

Just like our other bands, the Grand Slam Sextet features arrangements made specifically for Balboa and Lindy Hop, because we wouldn’t have it any other way. The band was such a hit at it’s debut at The California Balboa Classic, that it was immediately added to the line up at Inspiration Weekend and has been in high demand ever since, including Camp Hollywood, Rusty’s Rhythm Club, and Dance at Joe’s.

Echoes of Benny, Lionel Hampton and Charlie Christian will fill your ears, and rhythm with move your feet.

Jonathan Stout and his Rugcutters 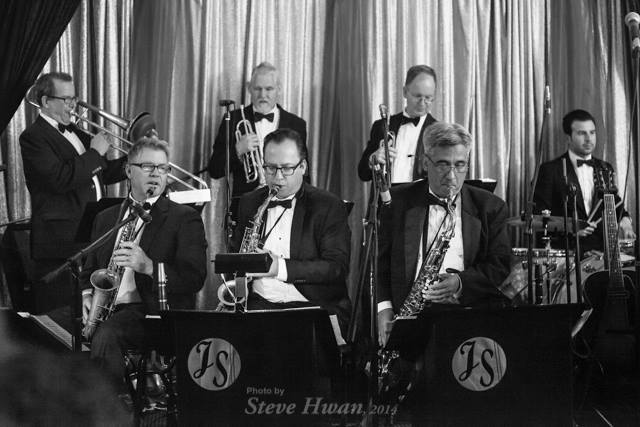 Jonathan Stout and his Rugcutters is the newest band from the Campus Five family, and it focuses on the rollicking sound of big bands of the early 1930’s, just prior to the Swing-era. The Rugcutters is an 11-piece band that takes the authentic Hot Jazz sound of bands like Jimmie Lunceford, Fletcher Henderson and Chick Webb, and presents them in the most danceable way possible, without sacrificing any of the fire or excitement the Campus Five and Orchestra are known for. The Rugcutters were created because promoters wanted another flavor, but one that keeps the unmatched danceability and contest music of our other bands.

The Rhythm Busters will be playing the Finals music on Monday, September 5th and also for Jonathan’s live musicality class.

Dave Stuckey and the Three Castaways